These Iconic Brutalist Buildings Are Captured in the Throes of Destruction

When Oliver Wainwright, the architecture critic of the Guardian newspaper, visited Robin Hood Gardens, a controversial London housing project, as it was being demolished last year, he says, “I was struck to find a neat chunk had been sliced out of one of the buildings, leaving the flats' individual wallpaper and bathroom tiles suddenly exposed, and the relationship between the stacked apartments clearly legible for the first time.” Wainwright photographed what he calls “the surreal sight,” and used the shot to illustrate a post about the destruction of the Gardens (designed in the late 1960s by architects Alison and Peter Smithson). 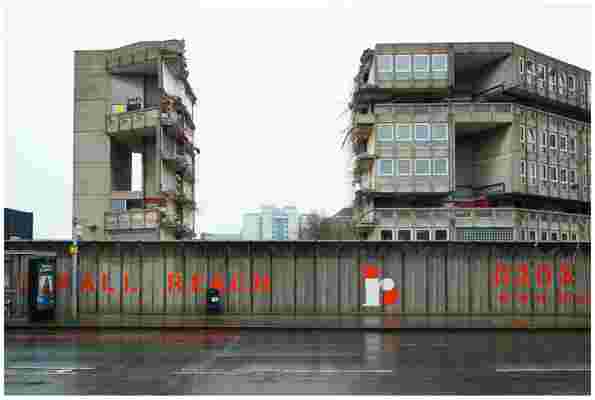 Now Wainwright’s photograph is hanging on the wall of Boston’s Pinkcomma Gallery , along with other shots of midcentury buildings in their death throes. The buildings, by such architects as Paul Rudolph, Marcel Breuer, and John Johansen, are sometimes categorized—and too often dismissed—as Brutalist. ( Béton brut is French for raw concrete.) Other gallery shows devoted to the buildings have tended to portray them in their prime—perhaps as a way of winning converts to the small army of Brutalist devotees. But curator Chris Grimley, a founder of the architecture firm OverUnder, chose another tack, gathering photos of the buildings at the moment they succumbed. The photos are heart-rending, but Grimley says, they also “aestheticize the demolition,” showing the nobility of the buildings as they give way to changing tastes and developers’ whims. 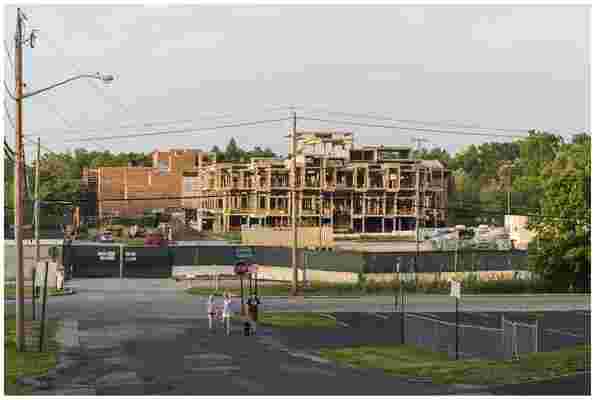 Grimley has been working with Mark Pasnik and Michael Kubo for more than a decade to document Boston’s Brutalist architecture. The project has produced the book Heroic: Concrete Architecture and the New Boston (Monacelli, 2015) and the handy Brutalist Boston Map (Blue Crow Media, 2017). The gallery show, "Brutal Destruction" (through May 3), is the latest attempt to draw attention to the a generation of buildings facing a truly brutal fate, one Grimley attributes in part to society’s short-sightedness. “We’re too quick to judge, to erase things that don’t fit into accepted notions of beauty,” he says. 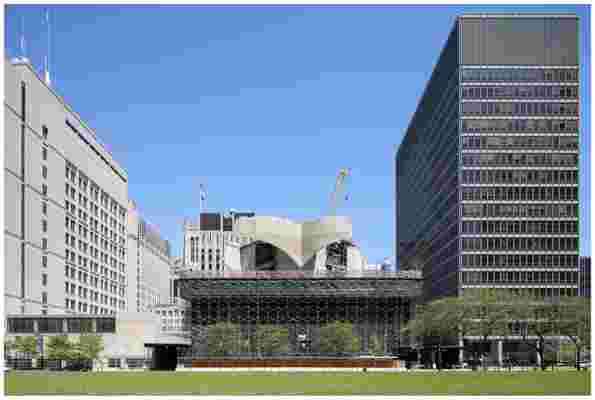 The Prentice Women’s Hospital in Chicago by Bertrand Goldberg.

The show came about when Grimley realized there were photographers who either chose to document the buildings’ demolition or were asked to do so by news outlets or preservation groups. Ray Lopez photographed the destruction of Washington’s Third Church of Christ, Scientist (designed by Araldo Cossutta under I.M. Pei) for a real-estate website; David Schalliol shot the loss of the cloverleaf-shaped Prentice Women’s Hospital in Chicago (by Bertrand Goldberg) for the National Trust for Historic Preservation, which had tried but failed to save the building. Harlan Erskine, a Brooklyn-based photographer, has devoted particular attention to the Orange County Government Center, a masterpiece in rural New York State by Paul Rudolph. Shut down six years ago, the sprawling building was radically altered before reopening last winter.

Of all the lost Brutalist buildings, the one Grimley misses most is the Mechanic Theater, a performing arts complex in Baltimore by John Johansen, noted for the windowless façade that wraps around its protruding interior spaces (built in 1967 and unbuilt in 2014). Even as it was coming down, says Grimley, it cast beautiful angular shadows. “It was robust enough in its conception that it could withstand the wrecking ball until it was no longer there,” he says.

Now even the shadows are gone.