Any time a new world record is set, it’s an exciting moment in history. But the world record that was recently established in Tel Aviv was all the more touching for a surprising reason: It was completed in honor of Omer Sayag, an 8-year-old Israeli boy who passed away of cancer. Omer loved Legos. Which is why his teachers worked to bring a group of volunteers together to create a monument in his memory—the world's tallest structure made of Legos. Located in Tel Aviv, the all-plastic structure soars 117 feet and 11 inches into the air. This makes it roughly 35 inches taller than the previous record set over a decade ago in Italy. 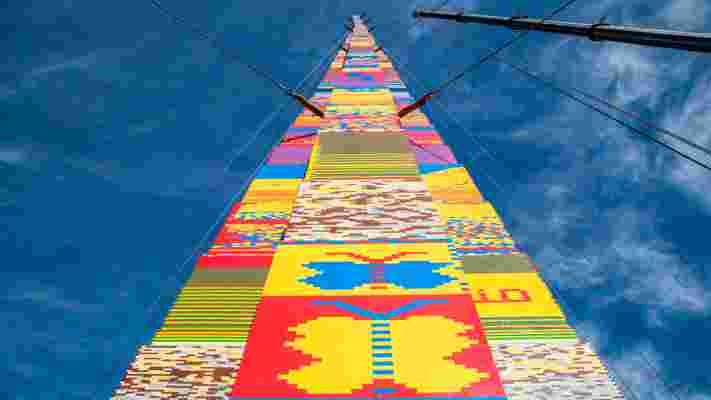 The colorful plastic bricks used for the structure were donated by the public, as well as by local businesses and government organizations. The tower, which took several days in December to complete, was built with the assistance of heavy wires and cranes. In total, approximately half a million toy bricks were used on the monument. There’s no indication when the tower will come down, if at all.

While Guinness World Records has yet to confirm the massive structure as the world’s tallest structure made of Legos, it seems a formality at this point. More importantly, perhaps, is the fact that the new monument is called Omer Tower.