The Most Beautiful Private High School in Every State in America

Though some of these learning institutions may look more like college campuses than high schools, they all share one commonality: to groom their students for the next level of education and the "real world" beyond. Many even use their campus's design to encourage learning and creativity, offering state-of-the-art performance centers and stunning sports fields. Some are rich in history and landmarked by the state, others are forging new paths on eco-friendly learning. Herewith, our list of the most beautiful private high schools in America. 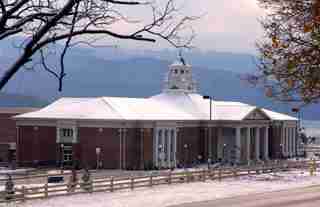 Open since 2009, the Upper School Campus of the Randolph School is an exemplary piece of Georgian architecture. The building pays homage to its early days, when it was just a small elementary school held in an antebellum home with a columned entrance. 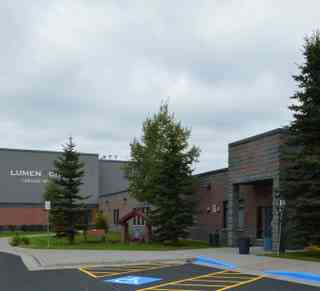 Tucked in the mountainous town of Anchorage, Lumen Christi School seeks to create a space for learning as well as worship. On the front grounds stands a beautiful statue of the Virgin Mary, which represents the school's strong ties to the Catholic religion. 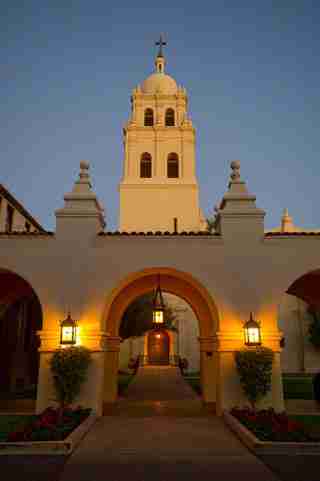 Housed in part in a historic abbey, Subiaco Academy is a stunning example of Catholic architecture from the late 1800s. The boy’s boarding school services students in 7th through 12th grades and was established in the late 1920s.

This picturesque hacienda-style school sits on 36 acres and boasts lush manicured lawns and gardens. The Spanish-inspired campus houses 233 students in its high school, which sits just two hours from San Francisco and is walking distance from the beach.

Located at the base of the Rocky Mountains, the pueblo-inspired campus of Fountain Valley School of Colorado was designed by architect John Gaw Meem. The nearly 90-year-old boarding school focuses on ushering its 260 student body into adulthood through academics, arts, and athletics.

Founded in 1890 by Horace Dutton Taft, brother of President William Howard Taft, the Taft School is as rich in history as it is in academic excellence. Though buildings have been added to the 226-acre campus over the past 125 years, the school has chosen to stay consistent in its design, keeping with the historic New England elegance of its oldest buildings.

Many may recognize this cathedral style campus from Dead Poets Society and episodes of The West Wing . Situated on a sprawling 2,200 acres, St. Andrew’s massive campus has beautiful views of Noxontown Pond, where students practice rowing in the spring.

With its breathtaking waterfront location, the Bolles School was formerly a hotel in the 1920s. The Castilian-inspired school is on the National Register of Historic Places and currently hosts 1800 students within its walls.

Designed by Atlanta architect Philip Shutze, the Georgian-style school plays host to students from all over the globe seeking a world-class education.

Seabury Hall is one of the more unique schools on our list. Not only is it surrounded by the beauty of the Hawaiian landscape, its villa-style architecture and manicured lawns create a luxurious environment for its thriving student body.

The contemporary design of the Community School in Idaho is in beautiful juxtaposition against its rustic mountain backdrop. With a strong focus on using the surrounding wilderness as part of the curriculum, Community School is an outdoorsman’s dream campus.

Designed by Canadian architect Toussaint Menard, Saint Ignatius College Prep stands out among its city surroundings by displaying elements of 17th-century European and Baroque stylings. Built in 1869, the now landmarked building is home to one of the most prestigious high schools in Illinois.

Designed by Arthur H. Ebeling in 1915, this English-style manor was originally home to Joseph W. Bettendorf before becoming a school in 1973.

Designed by architects Thomas Wilson Williamson and Ted Greist, this Tudor-style building was formerly an elementary school before being turned into a small private school. Most recently, the school added a contemporary building that still retains elements of the school’s original style, creating a cohesive campus.

This classic brick-and-column building looks more like a college than a private school. Over the 100 years since the school’s inception, the campus has undergone a growth spurt, adding more buildings—all of which nod to the original design.

Dating back to 1791, Berwick Academy is the oldest learning institution in Maine. As the academy has grown the school has since moved physical locations, taking with it the original Georgian schoolhouse, known as the 1791 House, to its current campus.

SLAM architects completed a renovation and design for the beautiful Dixon Hall, creating a technologically smart space for students to challenge their academic minds.

Walking through the Groton School campus is akin to taking a trip down an architectural memory lane. With an eclectic campus sporting everything from a classic Gothic Revival cathedral to a Gilded Age schoolhouse, Groton has made many updates to bring it into the 21st century by making its buildings energy-efficient.

Designated as a National Historic Landmark in 1989, Cranbrook Schools' campus is a perfect example of American Architecture, with some buildings dating back as far as 1908.

Providence Academy is a stunning Georgian-style colonial structure originally inspired by the College of William and Mary. Recently the school installed a new performing arts center, which features an all-LED theater, the first of its kind in the state.

Sacred Heart Catholic School is one of the oldest buildings in Hattiesburg and the first Catholic school to open in the area. The classic building is a sacred haven for both learning and religious worship.

The cabin-inspired design blends beautifully with Montana’s forest surroundings. As a therapeutic school, Montana Academy focuses on healing as well as academic excellence on this remote ranch.

This modern abbey-style building functions as both a working abbey and a prestigious private all-boys high school. Founded in 1953, the school was originally for young men entering the priesthood.

The glass dome entranceway of the Adelson Educational Campus is enhanced by the beautifully manicured grounds. The contemporary design lends nicely to the rocky Nevada landscape.

St. Paul’s encompasses a variety of architectural styles; however, the sprawling campus of 2,000 acres is probably most well known for its Collegiate Gothic style dormitories and scenic Library Pond. Pictured here is the library designed by Robert A.M. Stern.

Designed in the Richardson Romanesque style, Blair Academy is listed on the National Register of Historic Places. As the school grew, more buildings were added; however, each new structure retains elements of the original buildings within its design.

The historic Montezuma Castle was renovated in the early 1980s to become what is now the United World College. The Queen Anne–style building is often referred to by students as the American Hogwarts. The student body is made up of students from 90 different countries, speaking a total 125 languages on campus.

The Emma Willard School is a shining example of the collegiate Gothic style. The all-girls boarding school was founded by famed educator Emma Willard and encompasses an impressive 30 buildings on campus.

Likely one of the newest buildings on our list, Shanley High School was built in August, 2002. The Catholic School deviated from the typical Gothic style, putting a contemporary twist on religious architecture.

Yale University was the inspiration for the Federalist-style campus, which at the school’s inception was often referred to as the “Yale of the West.”

Aside from the stunning French Norman–style buildings, Cascia Hall Preparatory sits on expertly manicured grounds. The original monastery, dormitory, and school buildings were built in 1926 and have since influenced the subsequent buildings on campus to create unity in the design as the school began to grow.

Located on a large farm tended in part by the students, Church Farm School was originally a school for young men from single-parent households. While the campus encompasses a variety of buildings, the school is most well known for its stunning chapel.

In addition to the Gothic-style chapel and multiple historic buildings, St. George’s School is located on an idyllic bluff overlooking the ocean. The iconic chapel was designed by architect Ralph Adams Cram in 1927.

The Regency Villa–style McBee House was built in 1816 and was a private residence until it was purchased by Ashley Hall in 1909. The seashell house that sits on the grounds is a unique signature of the school and was formerly an exotic bird aviary.

In a beautiful location overlooking the Tennessee River, the Baylor School sits on over 600 acres around the school’s extensive quad. A matching cluster of red brick buildings dot the campus, boasting picturesque views of the natural landscape.

St. Mark’s chapel is the most recognizable building on campus with its lofty bell tower, where weekly services and speaker events are held for students.

Built in 2002 by Brixen & Christopher Architect, Rowland Hall’s McCarthey Campus is an open layout, encouraging students to interact in the abundance of green spaces and be inspired by the mountainous surroundings. The architects were careful to translate the school’s rich history through the careful installation of stained glass in the chapel and original cabinetry that was taken from their previous campus, which dates back to 1881.

Built almost completely by students and faculty, the barn-inspired Putney School is located on a working dairy farm, partially kept by students. The campus is sustainable, sporting several solar cabins and LEED buildings on the property.

With multiple buildings listed on the National Register of Historic Places, the white stone Georgian-style campus of the Blue Ridge School is nestled in Shenandoah.

St. Albans School sits beside Washington National Cathedral, on a hill overlooking the capital city and the National Mall. Designed by Philip Sawyer, the school’s original building, the Lane-Johnston Building, was built in 1907 and served as inspiration for other buildings on campus.

Bordering Wheeling Creek, The Linsly School campus sits on a 57-acre plot and encompasses a variety of architectural styles. The most striking structures on the property are the Tudor-style buildings used for everything from administrative work to student housing.

Wayland Academy was established in 1855 under the original Corinthian-pillared building. The four columns of the original Wayland Hall represent scholarship, faith, health, and service—the fundamental elements of the academy.