The proliferation of all-white bathrooms may make you think that chalky, snowy hues are the only way to go if you’re redoing your space, but a new trends study by Houzz says something quite different. It turns out that this decade’s go-to neutral, gray, has become just as popular for bathrooms as it has for the rest of the house. 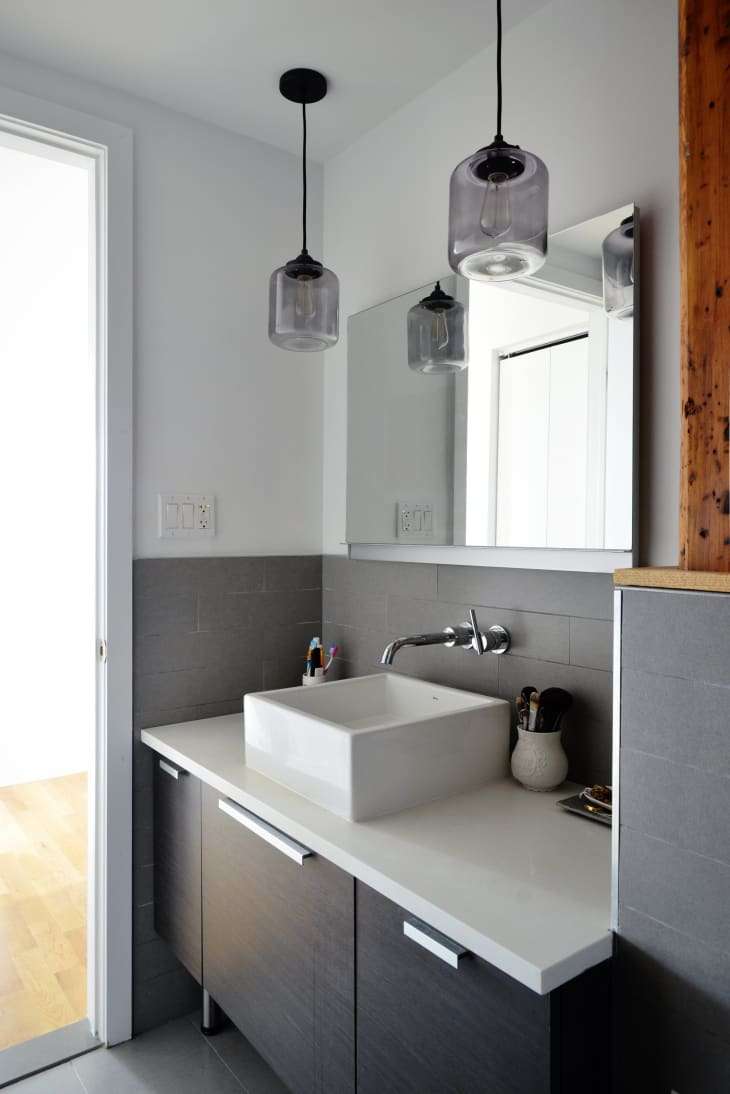 Even though gray may not seem like the most obvious color for this kind of space (I don’t know about you, but I always think of blues, greens, and well, white, when I imagine a bathroom), there’s no doubting its popularity. Last month, Benjamin Moore crowned Metropolitan AF-690, a pale gray with cool, slightly greenish undertones, its color of the year . And we’ve covered the shade in every form imaginable, from sofas and paint colors to kitchen cabinets and accent walls. It makes sense why designers and homeowners love the color so much: Less harsh than black, and less stark than white, gray is the ultimate versatile neutral, suiting every decorating style and uniting other colors in a way many other neutrals, like tan, can’t.

In Houzz’s report, 32 percent of homeowners preferred gray walls; the second-closest color, white, only got 21 percent of the vote. Although gray walls were slightly more popular last year (38 percent), they still were the overall favorite. Similarly, gray floors, which captured 29 percent of the vote, beat out the second-closest color, white, again, by a significant margin. Gray cabinets fell behind white and wood in popularity, but they’re still up year-over-year, proving that people are more willing to opt for a less traditional—albeit equally soothing—vanity color.

So if you had any doubt that the gray paint or tile you were considering for your bathroom reno was a smart move, rest assured: The people have spoken and gray isn’t going anywhere.