For this review we tested the 51in model in the F5500 range, but it's also available in a 60in (PS60F5500) screen size. All models have identical specifications except for their dimensions and power usage. We're confident that image quality will be practically identical across the range. 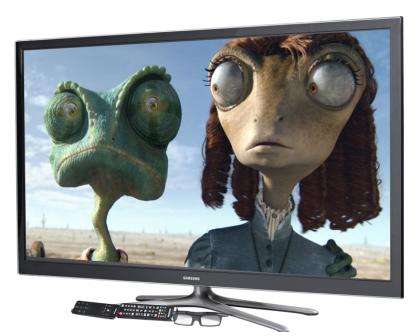 At 51in, it’s certainly quite imposing, and its large frame is much thicker than your typical LCD panel. It also has a large black bezel that measures 29mm across the top and sides and 44mm along the bottom, but its glossy finish makes it look much smarter than other plastic-based TVs in this price range. You won’t be able to fit a sound bar underneath it, though, as its four-legged stand extends out toward the front of the TV.

Once you’ve connected the F5500 to your home network via its integrated Wi-Fi or wired Ethernet port, you can access Samsung’s Smart Hub via the remote. This contains all the F5500’s smart TV content and it continues to impress, even though the F5500 is one of Samsung’s lower range TVs. There are four different home screens to choose from and each one fills the screen with its large icon-based layout. Social shows you what’s popular on YouTube and keeps a log of your Skype calls while Films and TV Shows is Samsung’s answer to Netflix. There’s also a home screen for your photos, videos and music files, but it’s the Apps page you’ll probably use most often.

It’s far more extensive than any other manufacturer we’ve seen this year and it includes all the major catch-up TV channels such as BBC iPlayer, ITV Player, 4OD and Demand 5 on top of on-demand film services from Netflix, LoveFilm, BlinkBox and KnowHow Movies. Samsung’s online store lets you add more apps as well. At the time of writing, all of them were free and included a huge range of popular apps such as Spotify and DailyMotion. 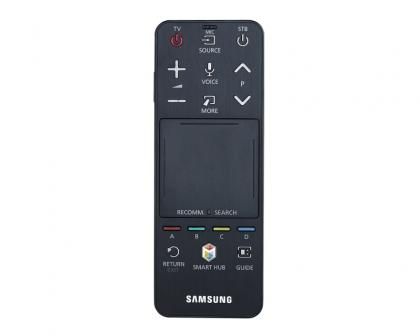 Facebook, Twitter, YouTube, Skype and a web browser come pre-installed, but you’ll want to connect a keyboard to one of the USB ports if you plan on using these as neither of its remotes are suitable for typing. You can connect a mouse as well if you don’t get on with the second remote’s touchpad, but we found it was perfectly responsive enough to browse the web and flick through the various app menus without too much hassle.

The only slight downside is that the F5500 doesn’t come with an Evolution Kit on the back panel to let you upgrade to next year’s Smart TV system like the F8500. This is a shame, but it seems churlish to complain when the F5500 has such a fantastic range of smart TV content already for less than £700. 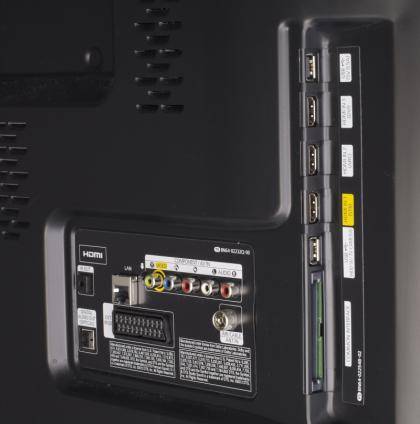 If you’d rather play your own media files you can stream from a media server or connect a USB storage device. The TV's format support is excellent. We were able to play all of our test video clips , including DivX HD, MKV, H.264, MP4, WMV HD, XVIX HD and MOV files, and all of our audio files worked as well, including MP3, OGG, FLAC, WMA, M4A and WAV files. It didn’t recognise our TIFF of GIF image files, but we were able to view our JPG, PNG and BMP files without any problem. As well as two USB ports, the F5500 has a good range of inputs round the back. There are three HDMI inputs (one supports ARC, so you can send audio back to an amp), SCART, component and composite inputs, a Common Interface slot, digital optical audio, an Ethernet port and an aerial tuner.