The Samsung UE49KS7000 was perhaps the finest midrange 4K HDR TV going in 2016, but times have changed. The model has since gone end of line, so the only reason you'll be reading this review is if you're thinking of buying the TV second-hand on eBay or similar. If you can find it going for a bargain price, then it's still well worth considering, but 4K HDR TVs have come long way since it ruled the roost. If you want to discover the best TVs in 2018, or are looking for a deal on a current model, then simply click one of the links below. 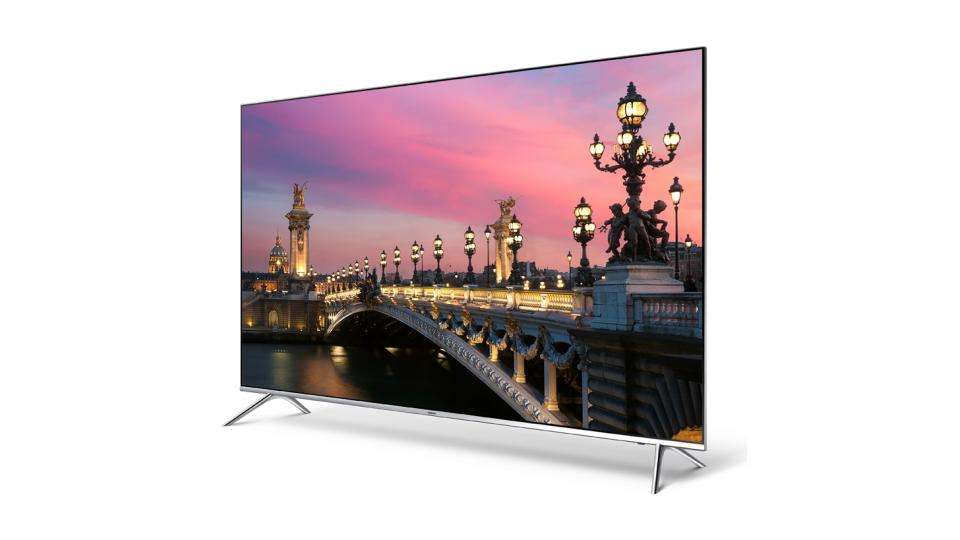 Read on for our original review of the Samsung UE49KS7000

There's a lot to be said for going all out on buying a 4K TV this year. Movies are finally available in 4K Blu-ray, and there’s now a choice of Blu-ray players, including the Xbox One S, and 4K streaming is growing all the time. However, as much as I love Samsung's flagship KS9000 TV, not everyone has a spare £2,000 lying around. Luckily, you can still get one of the best 4K HDR experiences available today by opting for Samsung's entry-level SUHD TV for 2016, the Samsung KS7000.

Samsung's flagship KS9000 TV is one of the best 4K sets you can get right now, but at £2,000, it’s pretty expensive. Happily, you can get a very similar experience by instead opting for Samsung's entry-level SUHD TV for 2016, the Samsung KS7000. Here's what we thought of it.

Design-wise, the KS7000 is different from the rest of Samsung's SUHD range. Instead of opting for the floating stand design of its pricier stablemates, the KS7000 has two sets of feet that slot in at either end of the TV. You'll need a table or TV stand at least as wide as the TV itself to accommodate it, however. The KS7000 can be wall-mounted too.

Generally, I'm not a fan of foot-stand designs since they often don’t look as elegant as traditional central stands. However, Samsung's take on it here is the best I've seen, as they slot into place, no screwdriver required. This makes setting up the KS7000 far easier than the KS9000.

The KS7000's bezels are also super-slim, allowing its 10-bit Quantum Dot panel to take centre stage. This is Samsung's own kind of LCD technology, and the results are impressive. Straight out of the box, our colorimeter showed it was displaying an impressive 98.9% of the sRGB colour gamut in Standard mode; it covered a full 100% when set to Movie. The black level was fantastic as well, hitting an ultra-low 0.05cd/m 2 in Movie mode.

I'd expect no less from a TV that qualifies for the Ultra HD Alliance's UHD Premium badge, which guarantees you're getting the best 4K HDR experience currently available. To meet these requirements, a TV must have a 10-bit panel that displays at least 95% of the DCI-P3 colour gamut (a much wider colour space than standard sRGB), have HDR support, a peak brightness of 1,000cd/m 2 , and a black level that doesn't exceed 0.05cd/m2.

I wasn't able to measure a peak brightness that high using my X-Rite i1 Display Pro colorimeter, but it still recorded a mighty impressive 850cd/m 2 using an HDR test disc and a white pattern that occupied 10% of the screen. That should offer plenty of brightness for most types of content, and our 4K Blu-ray discs certainly didn't look any worse for it.

The Lego Movie still had plenty of punch, for example, with highlights looking eye-searingly bright across the board. Likewise, the flaming debris and flashes of lightning in the penultimate fight scene of Batman vs Superman looked stunning, with clipping kept to a minimum. Colours displayed plenty of depth and contrast levels were excellent.

Much like Samsung's curved TVs, image quality does deteriorate slightly as you move away from the centre of the screen, but it’s nowhere near as pronounced as its curved sibling. This makes the KS7000 a better fit for large and small rooms alike, as you should be able to see the screen fairly clearly no matter how many people you have crowded around it. 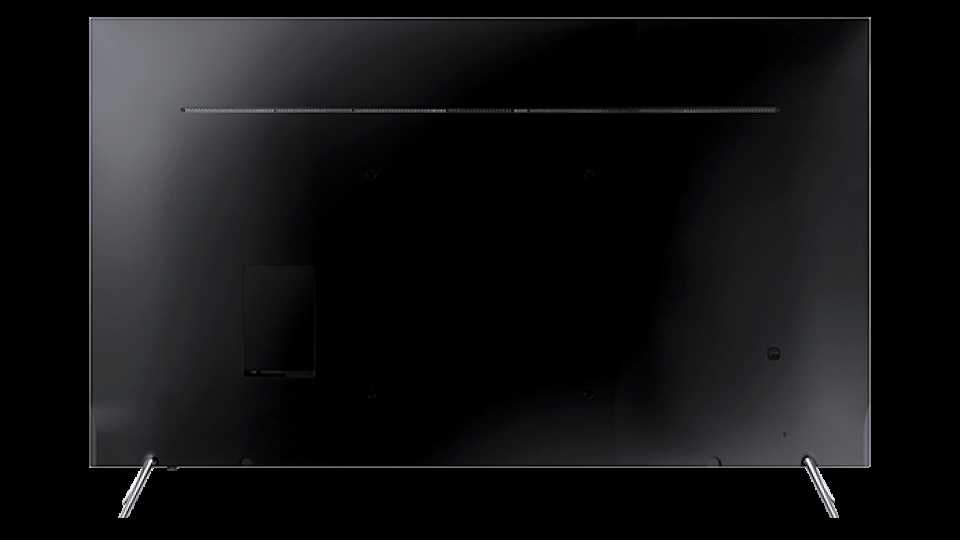 The Samsung KS7000 is in its element when it's displaying native 4K HDR content, but its SUHD Remastering Engine also does a brilliant job of upscaling regular Blu-rays and HD TV channels. Our Star Trek Blu-ray, for instance, still looked wonderfully sharp and crisp, and was packed with plenty of detail – everything from wisps of messy hair to individual tufts of grass – so you shouldn't have to play around with the noise-reduction settings too much to achieve the best picture.

Gamers will get good use out of the KS7000 as well. Switch to the TV’s dedicated Game mode and our Leo Bodnar lag tester shows that you’ll get a decent response time of just 22ms. That's 0.5ms slower than the KS9000 – but you'd be hard-pushed to notice, even in the twitchiest of first-person shooters. It's certainly better than the 121ms response time I measured in Movie mode (again slower than the KS9000's equivalent), but it's worth noting that only Movie mode offers the full two-point and ten-point white balance settings, so you won't necessarily be able to get such an accurate picture with Game mode enabled.

The only thing I wasn't so keen on was Samsung's Auto Motion Plus feature, which inserts extra artificial frames to help make playback look smoother. The Auto setting did a reasonable job in most instances, but I still noticed the odd glitch, particularly on smaller moving objects. Large swathes of highly detailed clothes also tended to blur together a little, so I'd recommend turning it off.