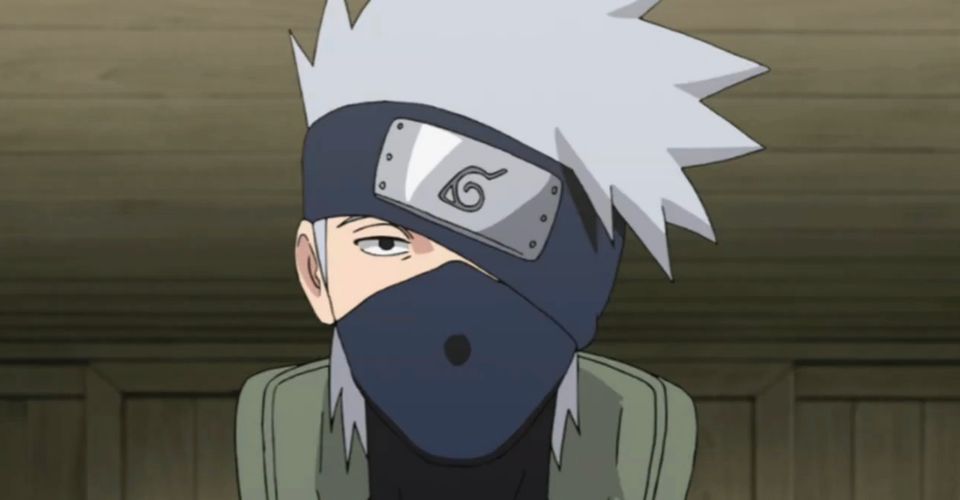 Naruto's kakashi is a man that is certainly shrouded in mystery. Thus, we've answered ten questions that you might have about him.

In order for Naruto to become the star of his own franchise, he had to have a pretty great teacher. Though he had a few teachers at the Academy, his first sensei outside of school was Kakashi Hatake. The leader of Team Seven, and the eventual sixth Hokage of the village, Kakashi started the series as a man of mystery.

He didn’t often like to reveal information about himself to his students, but the series did dole out bits of his backstory over time. Filler episodes of the anime also provided more information about the character to fans, as well as supplemental materials like the Naruto databooks. For fans who want to catch all of the details they might have missed about the character, we’ve answered ten questions.

How Fast Did Kakashi Make It Through The Ninja Academy

As a child, Kakashi was recognized as a prodigy by his teachers and his peers. His aptitude for ninjutsu and taijutsu was impressive even before he entered the Academy. He breezed his way through his courses and graduated from the Academy incredibly early.

Kakashi completed his courses so quickly that he graduated from the Academy at only five years old. He completed his training in just a single year.

At What Age Did He Become A Chunin

Just like Kakashi completed his Academy training quickly, he also proved himself in the field very quickly. It didn’t take long before it was recommended that he take his Chunin Exams.

At just six years old, Kakashi led his team to victory in the exams. He’s one of the youngest shinobi we know of to become a chunin in the Naruto canon.

When Was Kakashi Supposed To Debut In The Manga

Kakashi made his manga debut in the third chapter of Naruto. He didn’t make his debut until the Academy prepared to assign its three-man teams, much like in the anime. That wasn’t the original plan.

Through notes in the printed volumes of the Naruto manga and the Art Collection, it was revealed that creator Masashi Kishimoto initially planned on debuting Kakashi even earlier. After discussing the character with his editor, however, Kishimoto decided to delay introducing the character to have a better understanding of what he wanted to do with Kakashi.

Where Did The Idea Of The Bell Test Come From

When Kakashi tested his new students, he used a pair of bells to do it. He tested Boruto and his classmates the same way in the newer series. It’s not entirely clear where “the bell test” began.

RELATED:Naruto: Every Relationship Ranked (& How Long They Lasted)

How Old Was He When He Received The Sharingan

Though Kakashi became a chunin at just six years old, it was another six years before he was promoted to jonin. The promotion, however, came as the Third Shinobi World War loomed. Kakashi was placed in charge of his team for a mission, and pretty much everything went wrong that could possibly go wrong.

His teammate Rin was kidnapped and his teammate Obito wanted to save her. Though Kakashi initially wanted to complete the mission first, he ultimately decided to help Obito. Though the duo were able to save Rin, Obito ended up sacrificing himself to save Kakashi as well. Knowing he wouldn’t make it out of the situation, Obito gave Kakashi his eye to replace the one Kakashi had damaged in battle. The eye included his new awakened sharingan. So, Kakashi became Kakashi of the Sharingan at the same age he gained his jonin status: 12.

How Did Kakashi End Up Leaving The Anbu

Kakashi’s trials as a teenager left him without a team and with a reputation for doing anything to complete a mission. That got him into the Konohagakure spy organization called the Anbu. Unfortunately, the isolation of becoming an Anbu only added to Kakashi’s problems.

Kakashi became even more withdrawn from his former classmates and suffered from depression. They worried for him and banded together to convince Hiruzen Sarutobi that Kakashi didn’t belong in the Anbu. Those former classmates were his friends Might Guy, Asuma Sarutobi, and Kurenai Yuhi.

How Did He And Might Guy Become Best Friends

Kakashi’s relationship with Might Guy was actually a lot like Naruto’s relationship with Sasuke in their Academy years. Guy thought Kakashi was incredibly talented and hated that he couldn’t seem to catch up to the other young shinobi. He challenged himself to become better skilled so he and Kakashi could become equals.

For his part, Kakashi didn’t take much notice of Guy as an Academy student. Instead, it took years of them “competing” before Kakashi realized that Guy considered him his rival. After that, the two did actually engage in competitions, and eventually, became friends.

What Is Kakashi’s Blood Type

Information about the blood types of Naruto characters was included in behind the scenes information in the manga, as well as in Naruto databooks. In the case of Kakashi, he was revealed to be Type O.

What Does His Name Mean

Like many of the names in the Naruto franchise, Kakashi’s has special meaning. “Kakashi” translates to “scarecrow” while “Hatake” means “field.” His name literally means “scarecrow of the field.”

Scarecrows were often used to symbolize Kakashi in the series. Naruto even trained with a scarecrow version of him at one point. Fans also noticed the connection between Kakashi and Itachi Uchiha. While Kakashi was the scarecrow, Itachi was the crow, the bird scared by the scarecrow’s presence.

What Other Names Were Considered For The Character

Kakashi wasn’t always going to be named Kakashi. Kishimoto, however, did have a theme going when he was trying to choose a name. Many of the names he considered were revealed in notations in the second volume of the manga.

Some of the names he considered included Kama and Kuwa. The former means “scythe” while the latter means “hoe,” both pieces of farming equipment. Kishimoto also considered Botan and Enoki, which mean “peony” and “nettle tree,” respectively. Kakashi was his ultimate choice, and most fans will likely agree it was the best.