Logitech’s Squeezebox range used to be one of the least expensive multi-room audio streaming systems you could buy, but now that many iPod docks feature AirPlay or UPnP support, the £200 Squeezebox Touch doesn’t seem to present the best value for money. Once you dive into its expansive feature list, however, it’s clear that it has features you may have missed at first glance. 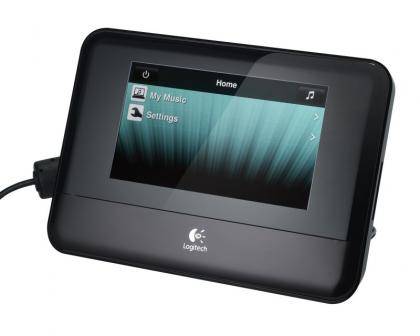 Thanks to its responsive colour touchscreen, the Touch is much more user-friendly than some other iPod docks, and entering Wi-Fi passwords and account details using the onscreen keyboard is far easier than using a remote control to do it one character at a time. It doesn’t have a particularly high resolution, but it’s still large enough to read the currently playing track from across the room clearly. The angle can’t be adjusted, but we could still see it when it was placed on a low coffee table or high mantelpiece. 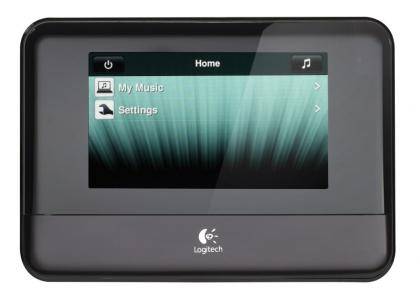 It has an SD card slot on its side panel and a USB port on its back panel to which you can connect a memory card, flash drive or external hard disk in order to play music and photos directly through the Touch without using a PC. There’s also an Ethernet port should you prefer to use a cable rather than Wi-Fi, as well as optical and coaxial digital inputs, analogue RCA connectors and a single 3.5mm headphone jack, all of which provide plenty of ways to connect the unit to your stereo. 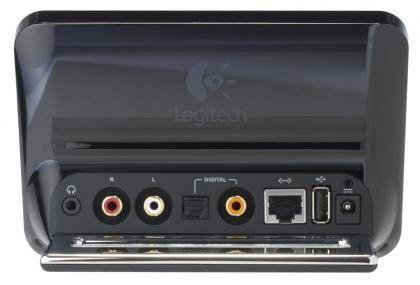 Although it has a simple remote control in the box, we found the touchscreen to be much more intuitive for browsing through our music library. As well as having access to PCs and any Squeezebox-enabled NAS devices, the Touch also has a comprehensive list of online services that can be added as apps to the main menu.

iPhone and Android users can also download official apps from their respective markets so that they can change tracks on the move, and because these connect using Wi-Fi rather than infrared, you don’t need line-of-sight. This means you don’t have to be in the same room to pause and change tracks or crank up the volume.

If you own a NAS, make sure it includes Squeezebox server support if you’re planning on buying a Touch. Not all NAS devices do, and without third-party firmware there’s no way of streaming content without using a PC. The free Logitech Squeezebox Server program enables Squeezebox support on your PC, which lets you send audio files to the device for as long as the computer remains on.

If you have a NAS that includes a Squeezebox server, the Touch makes a lot of sense. Its easy-to-use touchscreen interface and free smartphone apps mean that you can quickly take control of your music from any room in the house. It has Spotify, LastFM and internet radio support too, so you’ll be able to stream new music as well as your own library. If you have yet to buy any Squeezebox-certified products, you may be disappointed with its lack of UPnP support.