Like every other TV manufacturer out there, LG has a penchant for labelling its TVs with extremely long-winded names comprised of apparently random letters and digits. The industry-leading South Korean firm sells a huge range of televisions, but it doesn’t do a very good job of helping consumers tell them apart.

These mind-boggling product codes may look like a confusing jumble of characters at first glance but, would you believe it, they do actually mean something. At Expert Reviews, we’re always testing the latest LG TVs and we’re here to help you to make sense of LG’s tricky TV naming system. When it comes time to buy that new LG TV, you’ll know exactly what you’re getting.

LG’s 2020 TV range was beyond impressive and this year the South Korean titan has upped the digital entertainment ante once again, launching a stunning new lineup that includes OLEDs, MiniLEDs, QNEDs, NanoCells, LCDs and even (for a ridiculous sum) a ‘rollable’ model. 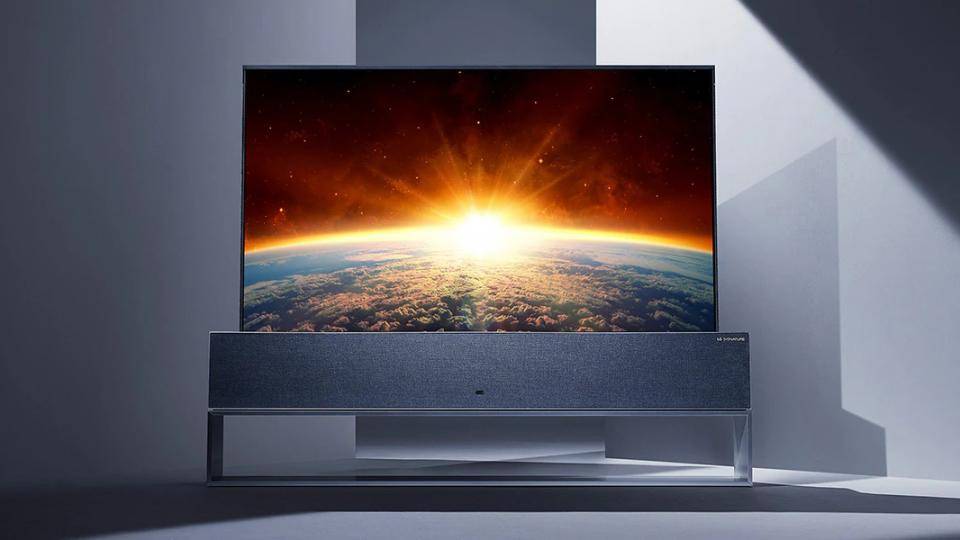 Naturally, each of these TVs comes packed with cutting-edge tech, including a new iteration of LG’s Alpha processor, our first look at the company’s ‘evo’ panel technology, plus a fresh update of its webOS smart platform.

LG’s newly minted Alpha 9 Gen 4 processor brings upgraded Object Enhancement and Scene Detection to the picture department, supposedly recognising and optimising more of the image than any previous LG chipset. 2021 also sees the emergence of LG’s OLED evo panel. The ‘evo’, LG informs, stands for ‘evolution’. What that means is that LG has changed the organic element of its OLED, using new red and blue materials and a green layer to create better-focused light and colour, plus an impressive 20% increase in brightness.

Finally, the new WebOS 6.0 aims to deliver a more streamlined, intuitive system for finding and selecting what to watch, presenting users with a full home screen as opposed to a string of pop-up apps. 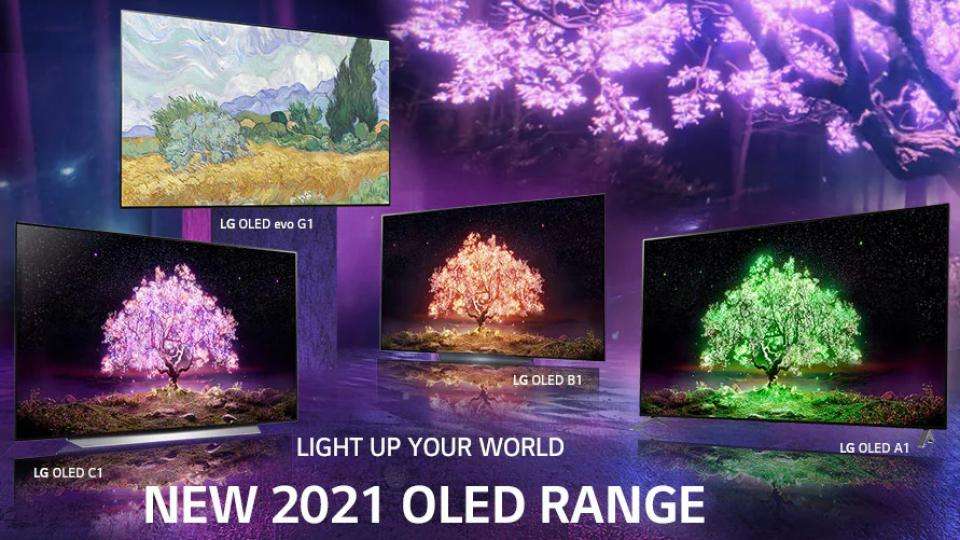 We’ll start with a brief look at the R (or R1) ‘Rollable’, LG’s advanced, flexible, rolling screen system that scrolls up out of its own self-contained Dolby Atmos soundbar audio system. This uber-premium 4K OLED is A) hugely impressive and B) hugely expensive, with a ludicrous asking price of £99,999.

Stepping down, the new G1 series is the first to feature the new evo panel tech. Packing the new Alpha 9 processor, 4.2ch 60W audio, full next-gen gaming support and the extra visual abilities of evo, it’s a 4K OLED to be reckoned with. Available in 55in, 65in and 77in sizes, with prices starting at £2,000.

The C1 OLED range, although still incredibly well-specced, is not blessed with the innovative evo tech, and the audio is slimmed down to 2.2ch and 40W. However, next-gen gaming is assured across the five different size options (starting at £1,299) and the picture quality is the best in its price range; you can read all about its HDR prowess in our LG C1 55in review .

Moving onto the B1 series, we step down to the Alpha 7 chip, but retain the audio set-up and gaming support of the C1 range. Three size options start at £1600. Addressing the all-new entry-class OLED, the four A1 options remain exceptional OLED 4K TV prospects, just with the older Alpha 7 processor, a 60Hz refresh rate, and no support for next-gen gaming.

Below the OLED TVs come four QNED models: QNED99, QNED95, QNED90 and QNED85. Thes premium LCD TVs will featuring ‘Quantum NanoCell Emiting Diode’ tech combined with MiniLED backlights that allow for hundreds of dimming zones. Two will be 8K with Alpha 9 chips, two 4K with the Alpha 7. All but the cheapest 4K support next-gen gaming. Pricing has not been confirmed and they are not currently listed on LG’s UK site.

Next, cutting MiniLED and therefore cost, LG’s NANO range of one 8K and six 4K TVs uses the company’s NanoCell technology to enhance colour vividness. The top of the range 8K NANO96 (55in, 65in, 75in, 86in) features the α9 Gen4 AI processor 8K, while the entry-level 4K NANO75 runs on a basic Quad Core Processor 4K. Last of all (but best of all, for those on a budget) comes LG’s UHD LCD line-up for 2021. There are six offerings here; the cheapest we know of so far, the LG UP75, begins at £499.

Below you'll find list of LG’s 2021 TVs, complete with (where known) their starting prices and buying links.

You could be forgiven for thinking that 4K TV manufacturers such as LG go out of their way to make the world of model numbers as inaccessible to consumers as possible. But while the designations of all the latest TVs from the South Korean giant may seem a mystery, there is in fact method to their madness… mostly. Taking their latest line-up from the top down, we’ll help you to make some sense of all the alpha-numerical uncertainty.

At the dizzying pinnacle of LG’s 2021 range sits the OLED88Z19LA , an 88in 8K option at the equally discombobulating price of £30,000. The model designation here can be decoded quite easily, but let’s break it down: OLED stands for Organic Light-Emitting Diode, describing the screen type. Next comes ‘ 88 ’, which refers to the screen size (measured vertically). The ‘ Z ’ represents the TV’s place in the LG pantheon, with ‘ A ’ being the bottom range and ‘ Z ’ the top. Then there’s the ‘ 1 ’ which marks the model’s year, in this case 2021. Finally, comes the ‘ 9LA ’ denoting some slight variant in spec or design.

Not many numbers to faff about with here. The ‘ OLED ’ part is as above, while the ‘ R ’, stands for ‘ Rollable ’ and the ‘ 1 ’ for 2021. Rollable, you say? Yes, this 130in 4K features much of the top-end spec of the Z1 range, but here the screen rolls up and out of its own soundbar audio system sat beneath when required. Amazing technology? Undeniably. Affordable? If you have a spare £99,999, then yes.

Down from the Z-class, and also available in 65in and 77in inch sizes, here we see another ‘screen type-screen size-class-year’ designation ( OLED-55-G-1 ), the final three letters holding the same significance as with the Z-class models. This range features the company’s evo panel, an innovation that creates brighter, crisper images and improved detail over standard OLEDs.

B-class models (available in 55in, 65in and 77in sizes) steps down to the Alpha 7 Gen 4 processor, but still features essential gaming refresh rates. As above, OLED-55-B-1-6LA equates to OLED screen-55-inches-B-class-2021.

Similarly, the new LG 4K NanoCell models (without Mini LEDs) will be rolled out designated by size, type and slight specification variance, thus: 75-NANO-90UPA . So, nothing to state the year again, but all relatively straightforward.