iPlayer to premiere TV shows ahead of BBC broadcasts

The BBC has announced plans to premiere TV shows on its iPlayer online streaming service before they air on broadcast television. The move, which will initially come in the form of a 12-month trial, will see around 40 hours of programming made available online before it gets broadcast over the airwaves.

iPlayer launched in 2007 and regularly receives in excess of 150 million video requests each month for TV and radio shows aired on BBC channels over the previous seven days. This limit is apparently due to copyright issues, but selected content is available for longer.

The upcoming trial will see a range of programs, which have yet to be confirmed by the company, made available online before they are broadcast. The selection should include content from a range of different genres, following on from a small number of iPlayer screenings last year which included the Doctor Who-inspired Pond Life, several BBC Four shows and numerous BBC Three comedy pilot episodes.

"During 2012 the BBC brought selected online-only programmes to audiences", BBC publicist Ian Walker told The Metro earlier today. "We will build on this in 2013, and make more programming exclusively available to our audiences via BBC iPlayer."

Channel 4 was the first UK broadcaster to premiere episodes online before they aired on TV, posting the first series of geeky sitcom the IT Crowd to its 4OD catch-up TV service.

We've reached out to the BBC for more information as to when the trial will begin and what it will include, but if it proves successful there's every chance the corporation will roll the scheme out to more content in the future. 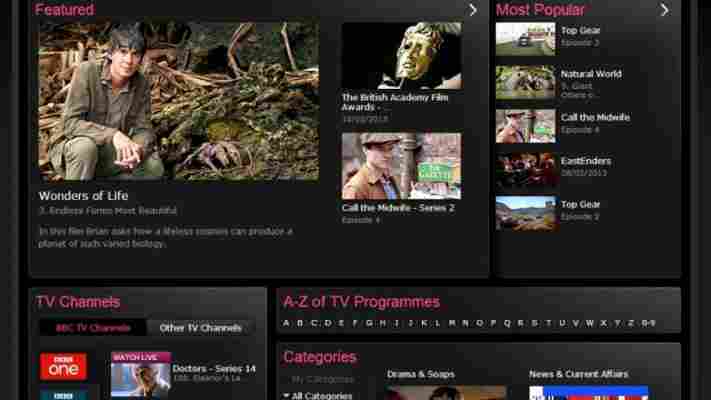