In metropolises around the world, a great effort has been made to offer city dwellers a respite from concrete through urban parks, botanical gardens, and community-sponsored plots, many of which become an integral part of the identity of a city. For instance, if you ask people to name some of the top attractions in New York City, the odds are one of their answers will be Central Park. While it’s a wonderful space, it is by no means the only place for New Yorkers and tourists to get a taste of nature within city limits—thousands, if not millions, of people visit some of the city’s other well-known offerings, like the New York Botanical Garden and the High Line. And further still, there are dozens of other green spaces spread across the five boroughs that often fly under the radar of visitors and locals alike. Architectural Digest contributor Jane Garmey discusses the numerous Big Apple gardens in her new book City Green: Public Gardens of New York ( $50, Monacelli Press ). “New York certainly has a good number [of gardens], but as it continues to grow and new residential neighborhoods spring up, there is always room for new ones and new outdoor green space,” Garmey tells AD . “It's what makes a city livable.” We’re here to give you a peek at eight of her favorite NYC gardens that you might not be familiar with. 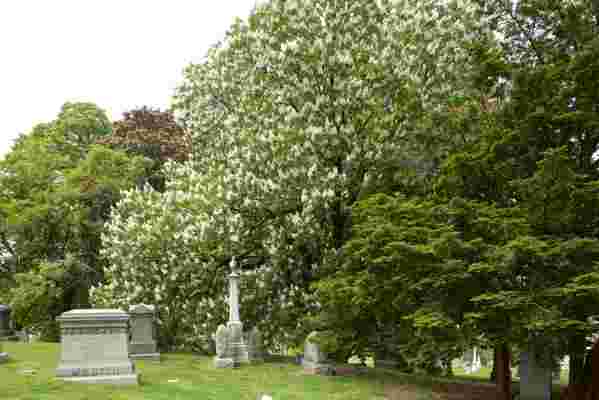 A cemetery might not be the first place you think of when you picture a garden, but the serene Green-Wood in Brooklyn might be the place that changes your mind. “As one of the first rural cemeteries in America, Green-Wood … served as a catalyst for the adoption of an English landscape style in a new kind of garden-like burial ground,” writes Garmey in the book. “In addition, it became the impetus and inspiration for the creation of Central Park.” 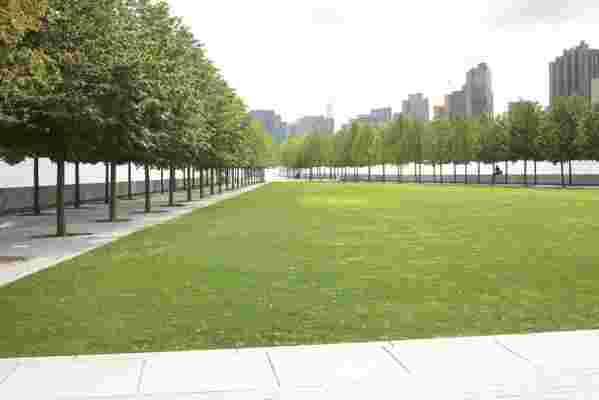 This garden lies at the southern tip of Roosevelt Island, located between Manhattan and Queens, and is home to the Louis Kahn–designed memorial to President Franklin D. Roosevelt, after whom the island is named. The green space is quite minimalist in nature: Two allées line a triangular lawn that points directly at the memorial. 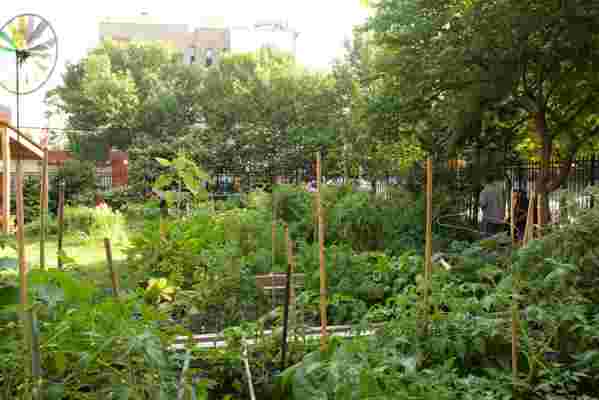 New York is home to more than 600 community gardens, but one of Garmey’s favorites is this one in the Mott Haven neighborhood of the Bronx. Each year, the local garden committee works with the New York Restoration Project (founded by Bette Midler) to come up with a plan for new plantings. “The garden provides a rare green space for neighborhood education and entertainment,” writes Garmey.

While most visitors to the Metropolitan Museum of Art head to the main building on Fifth Avenue, the museum has two satellite branches, one of which is the Cloisters in Fort Tryon Park. Comprising four authentic European cloisters that were dismantled, shipped to New York, and rebuilt, the museum has three gardens; shown here is the Cuxa Cloister garden.

In 1985 sculptor and designer Isamu Noguchi opened a museum and garden dedicated to his work in Long Island City. “The garden is a continuation of the [museum’s] indoor space and contains 23 pieces of sculpture,” writes Garmey. “Noguchi gave meticulous specifications for their placement, observing in his working notes: ‘The art of stone in a Japanese garden is that of placement. Its ideal does not deviate from that of nature except in providing a heightened appreciation.’”

Formerly part of a private estate (of which Mark Twain and President Theodore Roosevelt were once guests), Wave Hill is now a municipal garden, but it still retains much of its stately grandeur. Visitors can enjoy a flower garden, an aquatic garden, and a conservatory greenhouse, not to mention a series of wooded paths.

Just 40 years ago, this 16,000-square-foot community garden was a combination of trash-filled vacant lots and derelict buildings home to squatters. Today it’s famous for its annual tulip festival in April. “People come from all over the city to see the multicolored display of more than 15,000 tulips, all planted by volunteers,” writes Garmey.

Part of the Snug Harbor Cultural Center and Botanic Garden in Staten Island, this authentic Chinese garden was the project of landscape architect Frances X. Paulo Huber, who had it designed in the city of Suzhou, China, by Zou Gongwu, the country’s foremost scholar of classical garden design.

The cover of City Green: Public Gardens of New York.