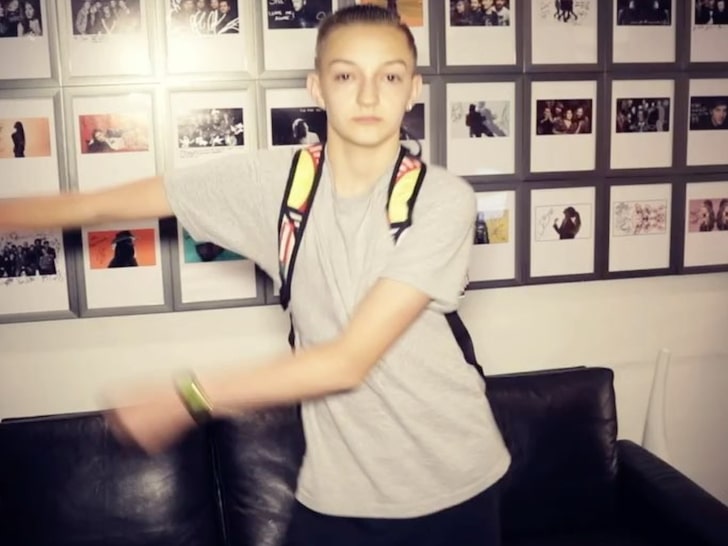 Georgia native Russell Horning -- or better known as Backpack Kid -- was a young teenager when he began to gain fame for his viral video comprised of original dance moves on social media ... but it wasn't until superstar Rihanna shared BK's vids on Instagram that the young dancer's popularity really caught fire.

Once Backpack Kid's signature dance move The Floss wiggled its way into pop culture the flossy teen was spotted on Saturday Night Live alongside Katy Perry as she performed her 2017 dance single "Swish Swish."

Backpack Kid is now a backpack adult and is focused on his fitness routine.

Guess what he looks like now shirtless and shredded!