7 Celebs With Bigger Houses Than You Can Even Imagine

Most celebrities live in nice houses (once you’ve watched enough episodes of MTV’s “Cribs,” you know not to say “all”). But there are nice houses… and then there are sprawling estates so palatial that you’d get lost on your way to one of the 15 bathrooms. For these seven big names, home is certainly where the heart—as well as the 17-car garage, screening room, and horse farm—is.

The Latin crooner doesn’t need Jennifer Lopez by his side to purchase an extravagant estate. Just last month, Anthony dropped a whopping $19 million on a 12-bed, 14-bath home in luxe Coral Gables, Florida. Known as “Casa Costanara,” the luxurious home measures 16,989 square feet, and has 480 feet of water frontage. And did we mention it has three different kitchens? Before Anthony set his sights on the property, the expansive home was owned by an heiress to the Bacardi rum fortune. 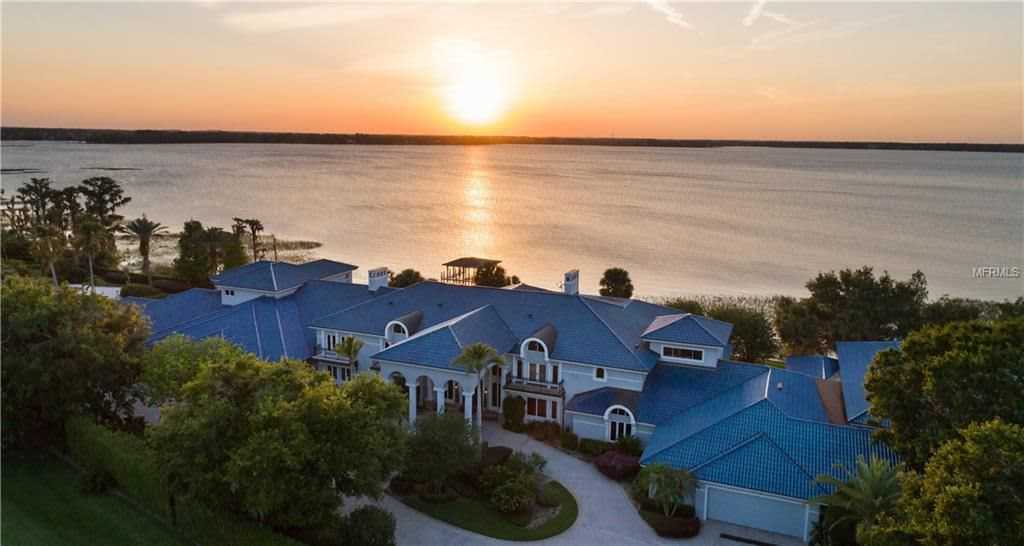 A 10-foot privacy wall, 17-car garage, and 6,000-square-foot indoor basketball court? It’s all just home base for Shaq. The basketball legend’s 31,000-square-foot home on Lake Butler in Windermere, Florida, is truly fit for a king or queen… or Superman (have you ever seen so much Superman paraphernalia!?) But here’s the kicker: Shaq bought the home back in 1993 for $3.95 million, and just put it on the market back in May … for $28 million! Now that’s a Shaq Attack on the real estate market.

Pharrell Williams has a new pad, thanks to writer/director/”Madea” star Tyler Perry. Perry purchased the 17,475-square-foot glass behemoth in Beverly Hills in late 2017, but quickly re-listed it in February 2018. Pharrell snapped it up for $15.4 million that May, which means Perry made a cool $1.1 million on the deal.

Alexa, how big is Jeff Bezos’s house in D.C.? Oh, just a casual 26,900-square-feet. When the Amazon head honcho and “Washington Post” owner needed to put down roots in the nation’s capital, he knew just where to look: the neighborhood of Kalorama. That’s where Bezos found his historic $23-million new home that previously served as a textile museum. Here’s a fun fact: Jared Kushner and Ivanka Trump own a home in the same neighborhood… But we’re guessing they won’t be swinging by for a backyard barbecue.

Who wouldn’t be “Drunk in Love” with a $26-million Hamptons home? If anyone knows how to vacation in style, it’s America’s favorite musical couple. While they can’t always be on a yacht in Europe with Blue Ivy, they can curl up at their 12,000-square-foot waterfront home in East Hampton, New York . Of course, this home pales in comparison to their $88-million compound in Los Angeles.

King James’s castle is exactly as you’d expect. The basketball icon dunked $23 million on a sprawling estate in the Los Angeles neighborhood of Brentwood in December of last year, and the eight-bed, 11-bath home is the picture of extravagance. Think marble around every corner, amenities like a cigar room with an air purifier, and a rooftop terrace with direct elevator access.

Who knew the queen of daytime TV was such a fan of the ponies? Back in 2016, Oprah dropped $28.85 million on an equestrian estate in the luxe California community of Montecito. Named Seamair Farm, the 23.26-acre property is right next the “Promised Land,” a.k.a. 40 acres of property that Oprah already owns. Buying the neighbor’s home is definitely a power move in my book.